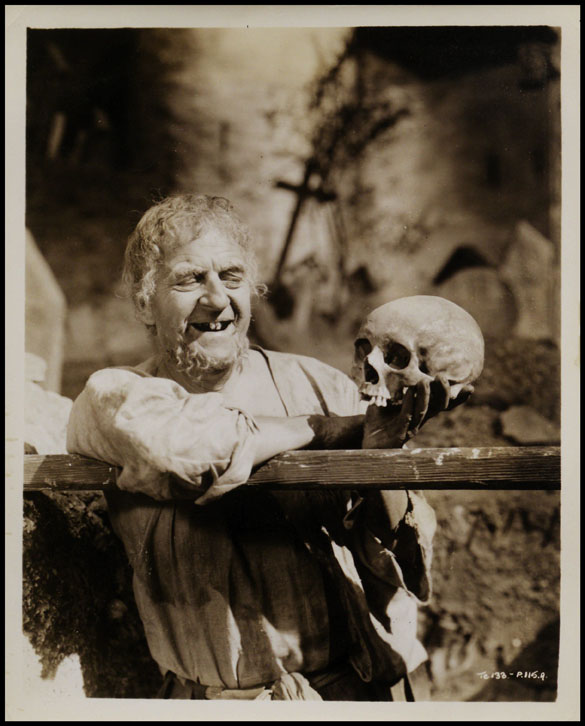 Shakespeare in Performance goes behind the scenes to shine a light on how Shakespeare’s plays have been interpreted by theatre companies, actors and directors across the centuries.

The resource features prompt books from the world-famous collection at the Folger Shakespeare Library in Washington DC. These prompt books tell the story of Shakespeare’s plays as they were performed in theatres throughout Great Britain, the United States and internationally, between the seventeenth and twentieth centuries.

Introduction to the Prompt Books, by Heather Wolfe, Curator of Manuscripts and Archivist at the Folger Shakespeare Library

Shakespeare’s plays are living, flexible scripts. They have been renewed, reinterpreted, rearranged, shortened, censored, and adapted by generations of directors, actors, and designers, reflecting trends and innovations in the theatrical world and shifts in cultural sensibilities.

Prompt books (scripts of the plays marked up for performance) are the primary evidence we have for these transformations. They are often our only surviving source for learning how a particular production was staged, with details about cuts, additions, rearrangements, and stage directions, and sometimes details about lighting, music, props, and costumes as well. An actor or director or stage manager would usually begin with a published edition of the play. He or she might then remove the binding, interleave it with blank leaves or glue the leaves to larger blank leaves, and put it in a binder or stab-stitch it together. Once the book was transformed into a working script, it would be marked up for performance with ink, pencil, and loosely inserted notes. Today, many promptbooks are extraordinarily fragile and provide often insurmountable challenges for conservation, as the paper becomes brittle, the glue ages, and the binding structures weaken. Each turn of the page can irreparably harm the book.

The Folger Shakespeare Library has actively collected prompt books of Shakespeare’s plays, as well as prompt books of other plays performed by influential Shakespearean actors, since the library’s founders, Henry and Emily Folger, purchased their first copy. Alongside these prompt books, the Folger has acquired other material related to performance, such as playbills, scrapbooks, newspaper clippings, theatrical account books, photographs, sketches, costumes, props, cue sheets, lighting plots, musical scores, and the correspondence and writings of countless Shakespearean actors, directors, and managers through the ages. In a pre-celluloid era, these provide as close to a 360 degree view of a production as we can get.

This resource features over 1,000 prompt books of 34 of Shakespeare’s plays, including editions owned by notable actors and directors such as Charles and John Philip Kemble, Henry Irving, Ellen Terry and Laurence Olivier. Of these 1,000 prompt books, approximately 10% are for Hamlet, and 6% are for Merchant of Venice and Macbeth, respectively. Seventeen performances of particular cultural importance have been selected as case studies, featuring additional archival material such as photographs, costume designs and music scores. These case studies include David Garrick’s revised 1772 production of Hamlet, Henry Irving’s famous 1879 production of The Merchant of Venice, and Laurence Olivier’s Academy Award-winning cinema release of Hamlet in 1948.

Shakespeare is made relevant again and again in these prompt books, and the research potential is endless. Through these remarkable records, researchers can follow how each individual production unfolded, see what amendments were made to the text and stage management over the years as audiences and social culture changed, and explore the influences and connections between different productions of the same play. As snapshots of performances, they provide a window into the endless ways in which Shakespeare’s plays have been, and will continue to be, performed.